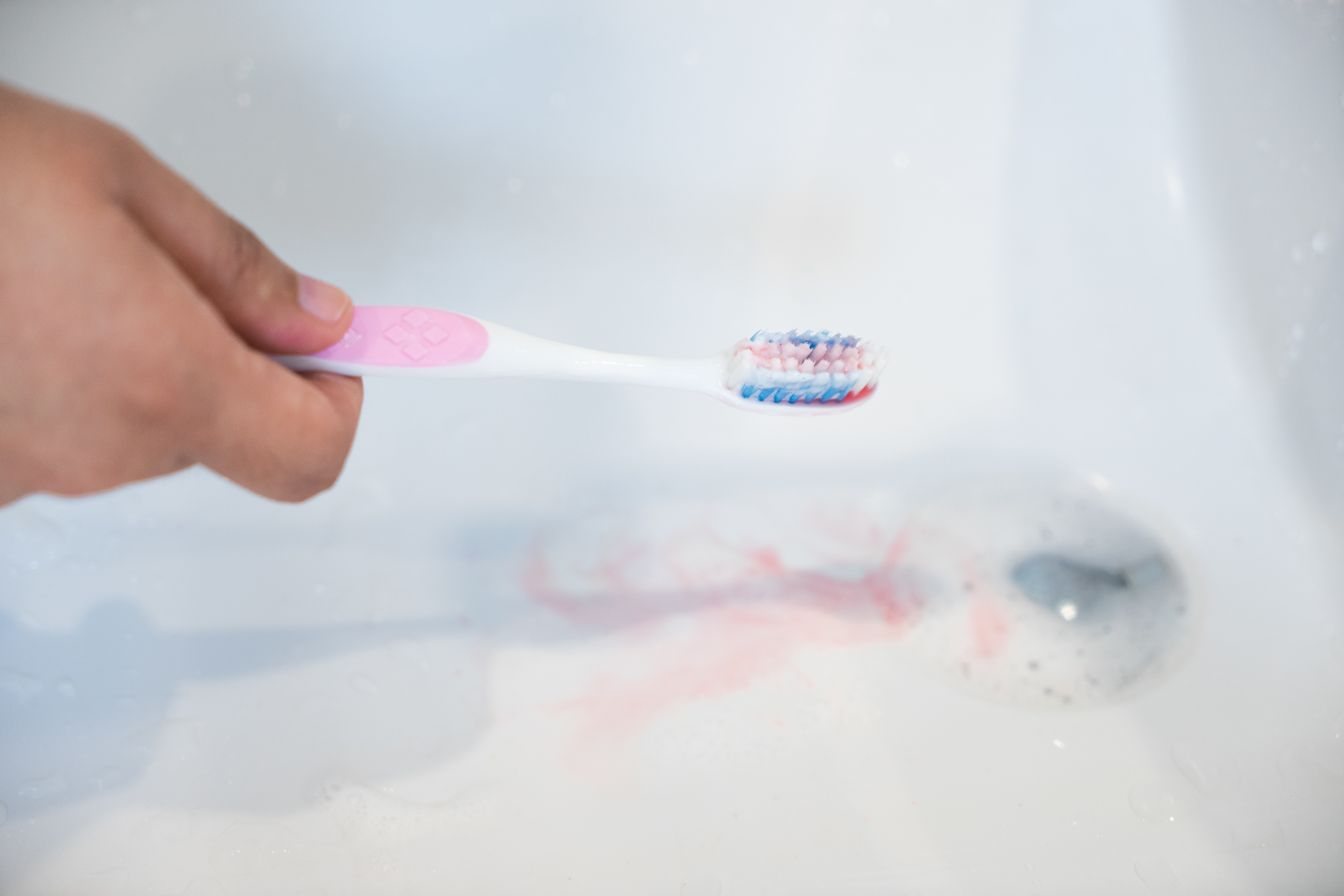 Posted at 11:59h in Uncategorized by rduser1

Seeing some red in the sink after brushing or flossing may raise an eyebrow or two. It may seem like your gums are bleeding for no reason. However, before you venture down the rabbit hole of what-ifs, consider these common causes of gum bleeding.

Vigorous Toothbrushing
Some suggest the extra oomph you’ve put into your brushing may be the first place to look when you see bleeding gums. I’ve never personally seen vigorous brushing to be an actual cause of bleeding gums. I see bleeding gums, and it’s ALMOST 100% not brushing the area enough or not at all. My quote tends to be, unlike an injury like a skinned elbow that you avoid so it can adequately heal, bleeding gums tend to require the opposite. It’s an area that needs more attention and cleaning. Kids are especially guilty of avoiding a sore spot on their gums. If it hurts to brush an area people skip it, which will not generally solve the problem

Inadequate or Forceful Flossing
Changing your flossing routine can also cause your gums to bleed. If you’ve returned to regular flossing after a little hiatus or if you’re flossing more forcefully than usual, bleeding is common. Remember to floss daily and with ease.

Medication
Some over-the-counter medications, including aspirin, as well as prescription drugs, like blood thinners, may lead to gum bleeding. Be sure to let us know which medications you’re taking and keep us in the loop if you and your healthcare provider change your medications.

Vitamin Deficiency
A deficiency in vitamins is a common factor in gum bleeding. Vitamin A helps form your teeth and protects your mouth’s membranes; vitamin C helps maintain the health of your teeth and gums, and vitamin K ensures your blood clots. If you’ve upped your hygiene game but still spot blood after brushing, try adding more vitamin-rich foods to your diet.

If you make changes to your oral health routine, but the bleeding doesn’t improve within ten days, the area should be evaluated by your dentist.